We are committed to our growth and not just our bottom line.

Tybo Contracting Ltd. (Tybo) is a civil contracting company based in Langley, BC and operates throughout the province. We work with some of the largest private development firms, as well as various civic and provincial government agencies.

We are committed to our growth and not just our bottom line. In 100 years, we want to look back and see the legacy TYBO created in our communities.

Our team shapes us and is almost entirely made of long-term employees. We provide many opportunities for training, and career growth, leading to long-term employment, which ensures your projects are completed by only the most highly trained staff at all times.

You will choose TYBO because of our excellence in construction, our hands-on approach to business management and our team of highly skilled, ambitious and loyal personnel. Choose TYBO because we are building a legacy in your community.

If you need us, we’re here for you!

Our leadership team is directly involved in all processes and daily operations and provides a hands-on approach to running and managing projects. They choose to work closely with our staff to ensure their personal and corporate goals are achieved.

Len Lauriente has been involved in the construction industry ever since starting his first company, directly out of university, over 25 years ago. Len has a Bachelor of Arts Degree from the University of Victoria and graduated with top honours with a Masters of Business Administration at the University of Manitoba. Len’s expertise is on-site-management as well as accounting and office administration and is currently the Principal Owner, President and Chief Financial Officer for TYBO Contracting Ltd.

Spencer Lauriente started his first construction company with just a shovel and a wheelbarrow at the age of only 18. With over 27 years of experience in the industry, Spencer’s expertise is in business development, estimating and human resources. It was his vision that founded TYBO Contracting Ltd. Spencer is currently the Principal Owner and Vice President.

Shane O’donnell started his journey when only 18 years old, working as a labourer, with a prominent development company in the Lower Mainland. Over the next 12 years, Shane grew and developed from labourer, foreman, and superintendent in to project manager and earned a Professional Builder Designation from BCIT. Shane joined the TYBO team in 2004 and has lead the company in the areas of estimating, project management, contract administration, human resources, quality control and occupational health and safety. Shane is currently Principal Owner and General Manager for TYBO Contracting Ltd. 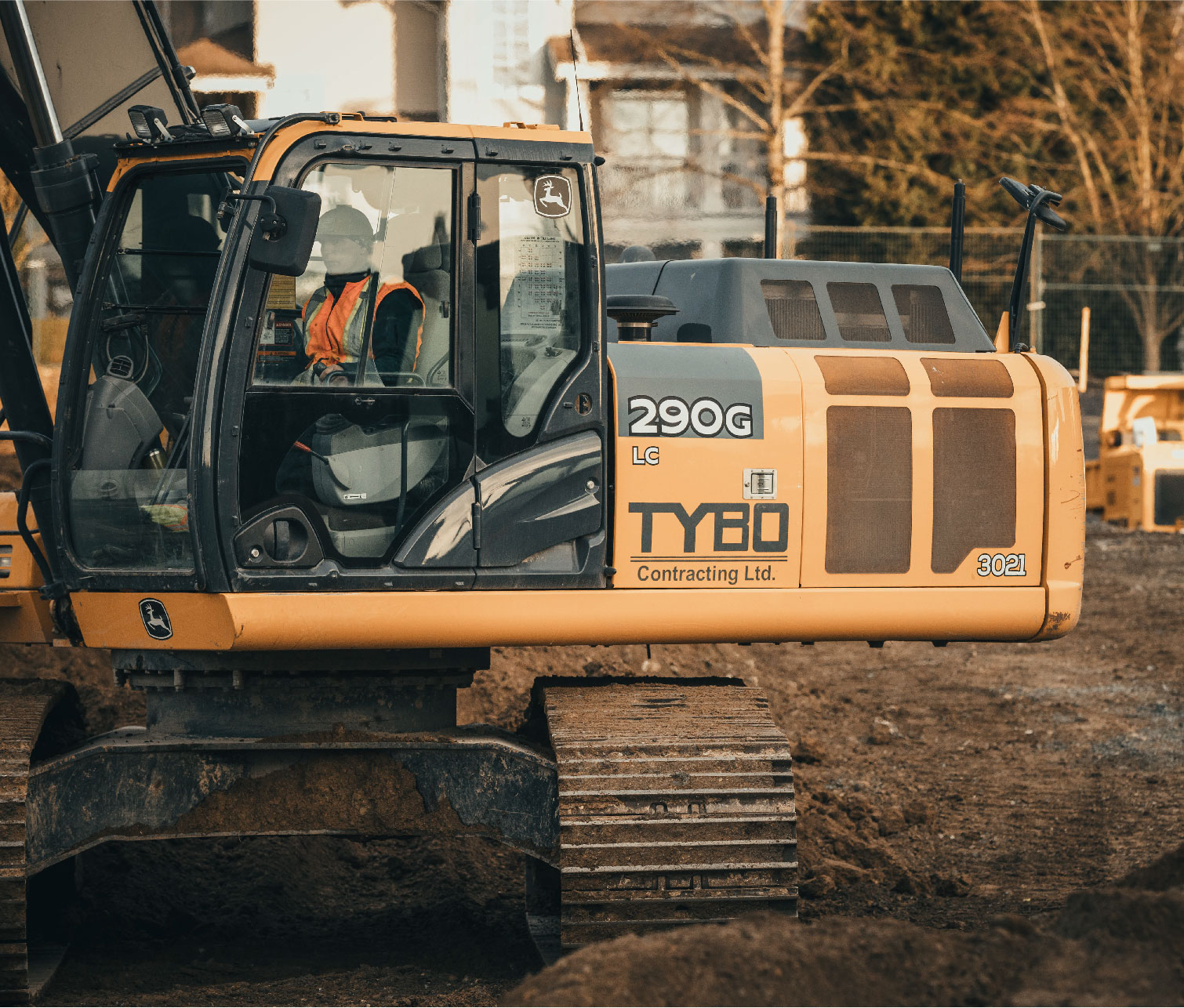 Where it all began

Before TYBO was established, Spencer Lauriente started a small landscaping company out of the back of of his truck with just a shovel and a wheelbarrow. Soon after, he convinced his brother Len, who had a Masters of Business Administration, to pick up a shovel and join him. They worked together on landscaping projects and grew the business into what now is a premier landscaping business in the Lower Mainland and beyond.

With ambition for more, the brothers decided to expand and develop a second company providing civil contracting services. In 2002, Tybo contracting Ltd. was formed. Soon after, Shane O’Donnell joined the team and provided a background in residential development and contracting and became the third principal owner.

Though our story only goes back 16 years, we expect to live on for 100 years or more and look back at the legacy Tybo has built in communities in Metro Vancouver and throughout the province.